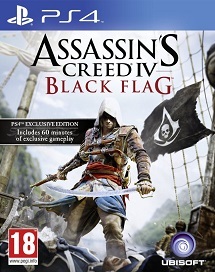 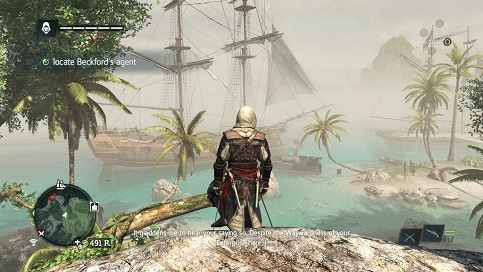 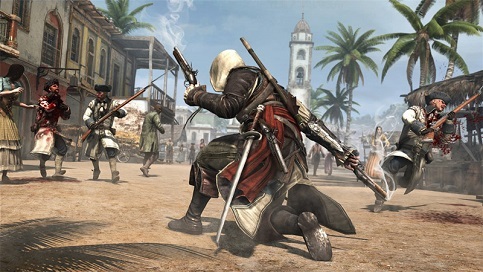 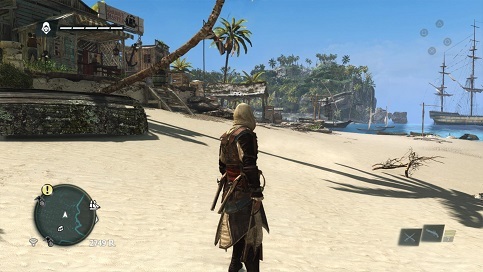 Assassin's Creed IV: Black Flag is an action-adventure video game developed
by Ubisoft Montreal and published by Ubisoft. It is the sixth major
installment in the Assassin's Creed series. Its historical time frame
precedes that of Assassin's Creed III (2012), though its modern-day
sequences succeed III's own. Black Flag was first released for PlayStation
3, Xbox 360, and Nintendo Wii U in October 2013 and a month later for
PlayStation 4, Xbox One, and Microsoft Windows.
The plot is set in a fictional history of real world events and follows the
centuries-old struggle between the Assassins, who fight for peace with free
will, and the Templars, who desire peace through control. The framing story
is set in the 21st century and describes the player as an Abstergo agent.
The main story is set in the 18th century Caribbean during the Golden Age
of Piracy, and follows notorious Welsh pirate Edward Kenway, grandfather
and father of Assassin's Creed III protagonist and antagonist
Ratonhnhak :ton and Haytham Kenway respectively, who stumbles upon the
Assassin/Templar conflict. The attempted establishment of a Republic of
Pirates utopia (free from either British or Spanish rule) is a significant
plot element.

After Fw 1.76 exploits were a bit of a pita to install, the awesome
PS4 hacking scene evolved and brought us a nice Fw 4.05 exploit which
is more stable and much easier to handle.

So We upgraded our 1.76 consoles to 4.05 and thought it's about time to join
in and start releasing proper rips that work on Fw 4.05 (and higher)
in a convenient .pkg format.

The game is updated to v1.04 already 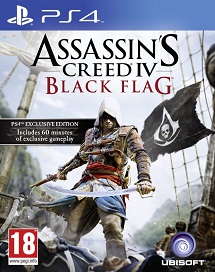 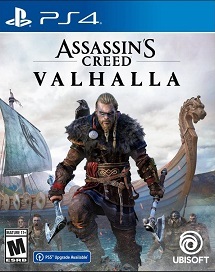 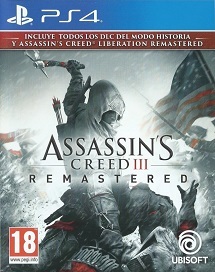 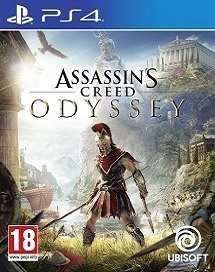 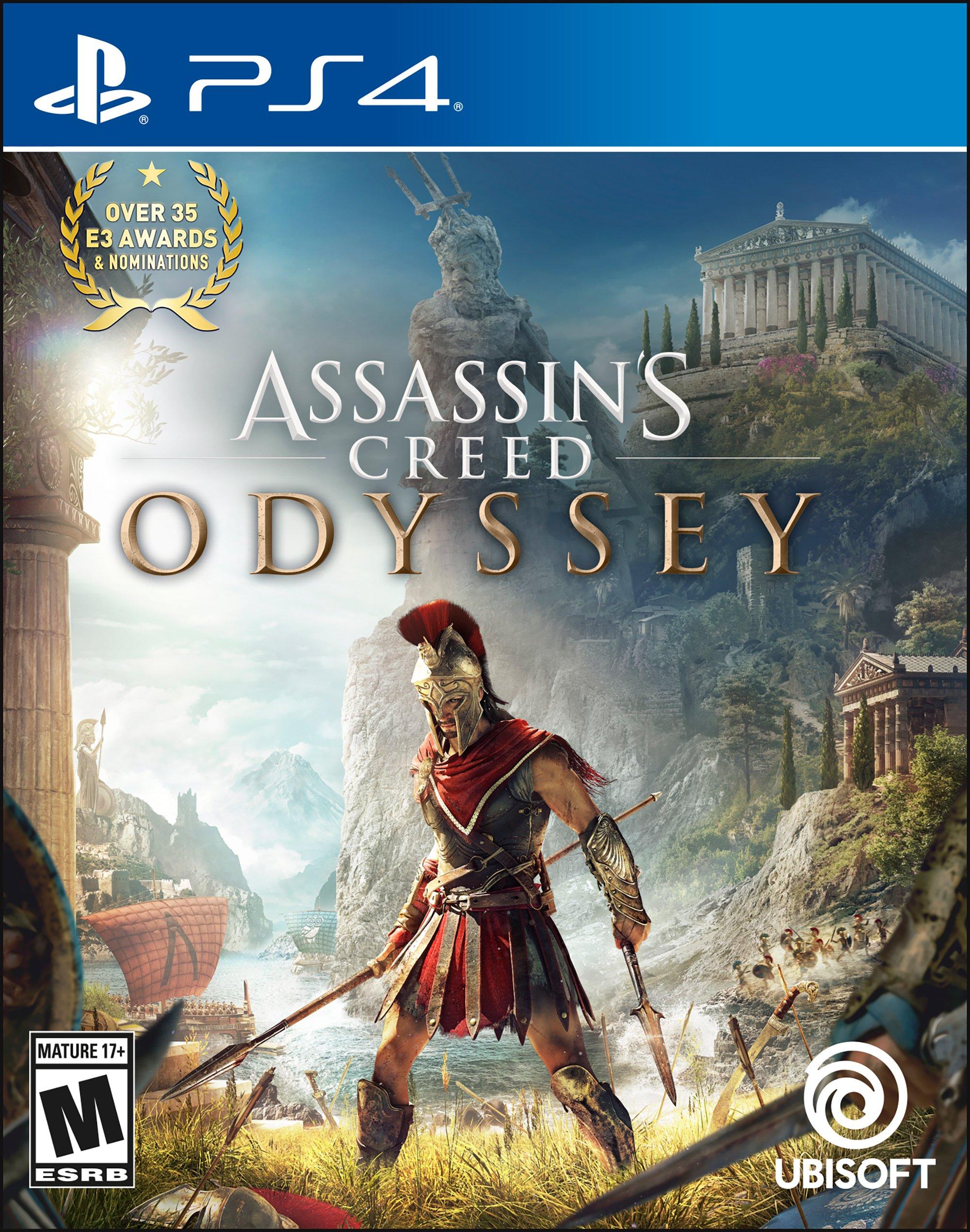