synopsis (EN) Nevermind dominating the pop charts. When you inspire a whole new musical classification you know you're a musical powerhouse. Experience the magic of the original Swedish Supergroup in this You Can Dance discorama featuring the music of ABBA. Hit the dance floor and get down to 26 nuggets of pure pop gold, including smash hits like "Take a Chance on Me," "Waterloo," "Mamma Mia," "Fernando," and, of course, the incomparable "Dancing Queen." Play a role in a story-based Mini-Musical, have up to two singers add their own vocals and harmonies in Karaoke Mode, and more. Flashback to ABBA's golden age with classic photos, authentic music videos, and live concert photos.
Genişletmek için tıkla ...

Welcome to the official game of the Spanish League Professional Basketball. Enjoy all the teams that make a game where realism has been raised to levels well within the standards of the Wii console. Enjoy Arsenio comments Cañada and Robert S. Cooper in each and every one of the meetings. Welcome to the show's Basketball.
Genişletmek için tıkla ...


synopsis (EN) The Power Rangers power up with help from an ancient force as a new generation of heroes rises to battle on Nintendo Wii! Learn to control Fire, Water, Forest, Earth, and Sky as you master the mystical Samurai Symbols of Power. Work together with other Power Ranger Samurai to battle enemies that are invading from the Netherworld. Morph into the Red, Green, Blue, Yellow, or Pink Ranger and use their special weapons to defeat monsters, then combine into a giant Samurai Megazord for huge boss battles. Look for hidden items, discover secret passageways, and collect Zord discs as you build up your powers and fight for ultimate victory!
Genişletmek için tıkla ...

synopsis (EN) The DanceDanceRevolution series spawned the dance genre, and Hottest Party 5 sees the series returning to its roots. Up to four players can plug in a special dance mat controller and take each other on within a series of focused challenges. As a series of party tracks play, users are charged with matching a series of on-screen arrows by hitting the corresponding icon on the dance mat.

DanceDanceRevolution: Hottest Party 5 also includes an option for the player to play using two mats, in order to match eight different arrow styles, leaping between the two mats as they do so! The new Wii game includes 19 hit license tracks, as well as original collaborations made specifically for the game, between artists such as Vanilla Ice and Maxi Priest, and the total number will exceed 80 tracks! Additionally, players can choose to play the short or full length versions of these tracks.

The new game also marks the welcome return of the popular Workout Mode, which will keep track of the number of calories burned in a special non-stop danceathon.

synopsis (EN) The competition heats up when the temperature drops in this Olympic-style sports festival! Become a cold-weather legend in 11 different sports: downhill skiing, bobsledding, snowmobiling, snowboard cross, ski jumping, figure skating, biathlon, curling, paraskiing, short-track, and curling. Experience what it's like to compete as and live the life of a superstar in a story-based single-player mode, complete with quick-hit arcade-style training mini-games between events. Win championships and bragging rights in four-person online and local multiplayer, including a Family Mode that allows each player to choose their own difficulty level. Do well and earn points to purchase new equipment and upgrade your skills so you can elevate your performance.
Genişletmek için tıkla ...

synopsis (EN) NASCAR legend Jimmie Johnson is willing to take just about anything for a spin. He gives you a chance to hit the track in some unexpected rides in this anything-goes kart racer. Slap some horsepower on everyday objects and race dumpsters, drive lawnmowers, and more in elimination-style races on increasingly difficult tracks. Pick up some optional equipment mid-race with weapons power-ups that let you launch missiles, knock over opponents, and cause chaos. Race over trap triggers to release hazards that do even more damage - sometimes to the drivers behind you and sometimes to the ones you're trying to catch.
Genişletmek için tıkla ...

synopsis (EN) When these movie stars race, they don't call in stunt doubles! Your favorite characters from DreamWorks animated films hit the track for a racing extravaganza that's as outrageous as some of their movies. Compete for the checkered flag with the stars of Shrek, Madagascar, Monsters Vs. Aliens, and How to Train Your Dragon. Choose from a variety of different races, including Time Trial, Circuit, Battle, and four-player split screen. Use power-ups to rocket past the competition on twisting turning tracks filled with challenges of their own. Announcer King Julien is on hand to call all the action.
Genişletmek için tıkla ...

synopsis (EN) With uDraw Studio: Instant Artist, players can now flex their imagination and enjoy the ultimate art creation experience in a game.

This time, players will also meet Remmy, their animated guide through the world of Instant Artist where they can engage in numerous game modes such as Art School, Art Camp and Art Play.
Genişletmek için tıkla ...

synopsis (EN) Sherlock Holmes comes to life in a brand new adventure: an investigation created in pure Holmesian style where your talent for deduction will be put to the test.

In October 1897, Sherlock Holmes and his trusted friend, Dr. Watson, are invited to a party hosted by Sir Melvyn Bromsby, a construction tycoon, in honor of the return of his daughter, Lavinia, from London. During his opening remarks, a gunshot kills Bromsby on the spot and creates pandemonium.

Sherlock Holmes decides to act immediately, and the game is afoot! There are a number of suspects amongst the invitees and friends of the deceased. It's the beginning of a long series of murders that must be solved as soon as possible.
Genişletmek için tıkla ...


synopsis (EN) Head right into the intense heat of combat with this fast-moving military shooter that drops you smack in the middle of a global conflict. Deploy to Afghanistan and undertake 24 critical missions in a variety of environments. Secure urban areas, rescue hostages from the depths of caves, sweep occupied forests, and flush the enemy out of mountain hideouts. Complete your objectives on foot, in 'copters, or in other military vehicles. Whether you're playing the solo campaign or surging to victory in head-to-head or co-op multiplayer, you'll do it all while laying down Heavy Fire.
Genişletmek için tıkla ...

synopsis (EN) Take your team to the pit again, Winning Eleven 2012 comes with a better system, more game modes and even better graphics. Mark your opponent, take his ball and feint. When he follows, lose him with a burst of speed.

Your team members have an even better understanding of you, they now know where you will pass, so be bold and creative when you send the ball around the field. Nobody knows you better than yourself, control two footballers at the same time to make a dream team.

The Football Life mode comes back with new options. Besides players and coaches, you can be the club leader. This extra option lets people who didn't enjoy action on the field enjoy the sport.
Genişletmek için tıkla ...

synopsis (EN) Close the biggest deals to make the biggest bucks in this game where the one with the biggest bank account wins! Play as your favorite characters from the Super Mario and Dragon Quest game worlds, or as your Mii. Move around the board, buying and selling shops and collecting fees from opponents. Collect symbols that you can cash in for gold and use the gold to make more investments. The more money you have, the more you can make. Learn how to make your fortune in streamlined beginner play. An advanced mode adds more strategy and more complex investment options, while 15 different game boards keep the wheeling and dealing going.
Genişletmek için tıkla ...

synopsis (EN) Santa Claus is comin' to Wii! Play as Kris Kringle in this heartwarming yuletide adventure based on the classic Christmas TV special. Carry out your mission of delivering toys to the kids in Sombertown, overcoming challenges in platform-based levels. While Christmas has 12 days, the game more than doubles that, giving you 25 levels of Christmas cheer to explore. You can share the adventure with a friend (playing as Topper the penguin) in two-player Story Mode. Surprises (more presents!) await throughout the game in stockings you can discover to unlock bonus content
Genişletmek için tıkla ...

Namco Bandai Games has today announced that it&#8217;s bringing Family Trainer Magical Carnival exclusively to the Wii in Europe. The newest instalment in the popular Family Trainer series takes players on a fun-filled, family-friendly trip to the carnival as they use the Wii Remote and Family Trainer Mat Controller to explore exciting carnival rides and experiences, attract visitors to the theme park, and complete a variety of energetic activities, with modes for one to 10 players.
Genişletmek için tıkla ...

ID SJAE5G
region NTSC-U
type Wii
languages EN
release date 2011-12-6
genre action, adventure
size Scrub.3.20.Gb
synopsis (EN) Become one of Earth's most feared predators in this game that turns you into an unstoppable eating machine! The legendary great white returns in JAWS: Ultimate Predator. Play as the giant shark and unleash terror from the deep, protecting your territory from humans and sea creatures unlucky enough to swim (or boat) into range. Hunt your prey with instincts fine-tuned over thousands of years and strike with 20 different shark-attack combos. Explore real-life environments from Hawaii to the Great Barrier Reef to Amity Island. Face the deadliest creatures of the deep in boss battles with tiger sharks, sea serpents, and more in the ultimate struggle for underwater supremacy.
Genişletmek için tıkla ...


synopsis (EN) Relive a part of American history and a slice of gaming history at the same time as a classic frontier adventure blazes a new trail on Wii. In the middle of the 19th Century, America is headed West, chasing the promise of a new life. Load up the wagon and set out from Independence, Missouri, making your way to Oregon City on a trail full of adventure. Face the challenges of the wide-open frontier as you battle the elements, hunt and fish to feed your family, and more. Customize your wagon, unlock helpful items, and rack up achievements as you play four different pioneer storylines in this re-imagined classic.
Genişletmek için tıkla ...

Sing and Dance: Watch Gizmo get his groove on!


synopsis (EN) Grab your friends and family and captain the crew to victory!

The party is back and bigger than ever in the Mario Party&#8482; 9 game for Wii, featuring all-new ways to play! For the first time in the franchise, boss battles crash the party and challenge players to compete to defeat a common enemy. In addition, players now travel across stages together in a vehicle towards a common goal - overcoming obstacles, battling bosses, and collecting Mini Stars stolen by Bowser&#8482; and his minions. Featuring 80 new minigames, adventurous new stages, and all-new ways to play that blend cooperative and competitive action for up to four players, Mario Party 9 is the perfect way to get the party started.

Not: Please DO NOT UPLOAD to other sites
Genişletmek için tıkla ...

synopsis (EN) Step into PokéPark and play as Pikachu, Oshawott, Snivy, and Tepig to rescue the missing Pokémon in PokéPark 2: Wonders Beyond for the Wii console! Pikachu will need the help of his Pals and their unique abilities to make it through PokéPark and discover the secrets of a mysterious new world called Wish Park. You&#8217;ll meet and befriend many Pokémon from the Unova region and beyond who will help you during your adventure. Experience lots of fun activities, minigames, battles, Attractions, and more on your quest! Clear an Attraction by yourself, and then challenge your family and friends&#8212;up to four people can play Multiplayer Attractions together!

Not: Please DO NOT UPLOAD to other sites
Genişletmek için tıkla ... 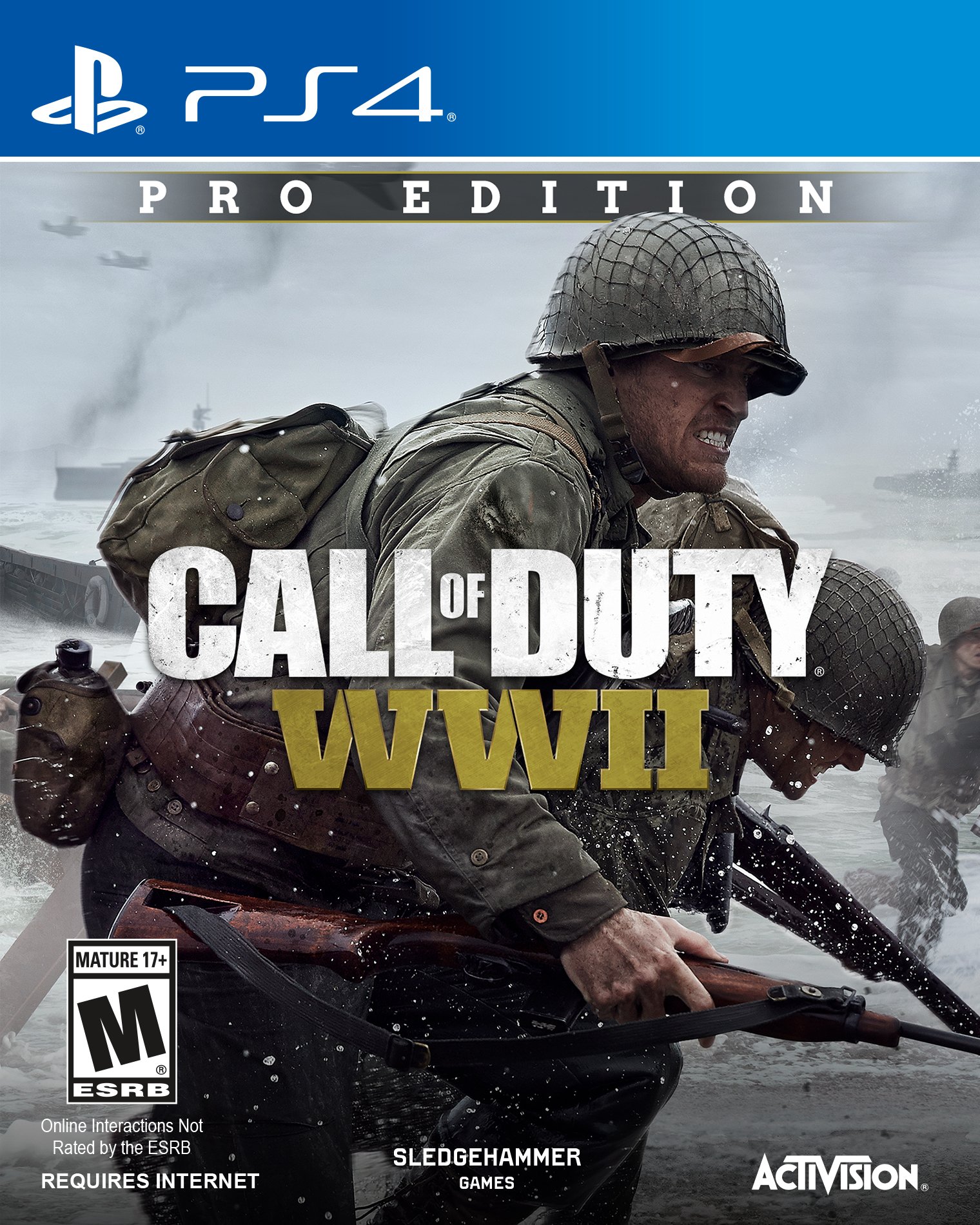 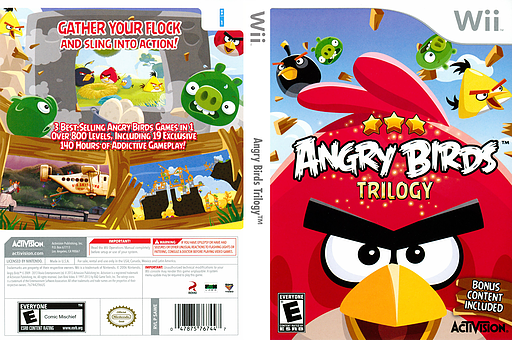